Tail plumes stretched like sharp swords, then recoiling. I followed it thinking it was
a kookaburra. With every inch I advanced, it changed

its song—unrecognizable cries, stolen from the throats of others. Liar.
Liar bird. Holding still, its feathers like byzantine paintings of snakes. Can’t fly,

foul in your originless body, you try to be everything and are therefore
nothing. It wasn’t about the trees being felled

until you railed on as the chainsaw.
And like Orpheus with the lyre, you faced your doom and sang into it. 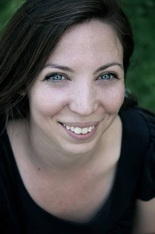 Lisa Hiton holds an M.F.A. in poetry from Boston University and an M.Ed. in Arts in Education from Harvard University. Her poems have been published or are forthcoming in The Literary Review, Hayden’s Ferry Review, Linebreak, and The Cortland Review, among others. She has received the Esther B Kahn Scholarship from 24Pearl Street at the Fine Arts Work Center and a nomination for the Pushcart Prize.