And the small blue magic

The night I came into this world.


It was ice cold, December,

The tail end of winter.

Mother vanished into her room,


His heart in a gold jar.

And she never returned. 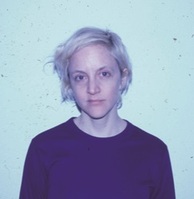 Cynthia Cruz’s poems have been published in the New Yorker, Paris Review, Boston Review, American Poetry Review, Kenyon Review and others. Her first collection of poems, RUIN, was published by Alice James Book and her second collection, The Glimmering Room, was published by Four Way Books in 2012. Her third collection, Wunderkammer, is forthcoming in 2014. She has received fellowships from Yaddo and the MacDowell Colony as well as a Hodder Fellowship from Princeton  University. She teaches at Sarah Lawrence College and lives in Brooklyn, New York.
The Paris-American
Copyright © 2022 The Paris-American
About • Contact • Submit • Archives • Support