Bats in Their Pavilion

World of Darkness, The Bronx Zoo


Upside-down on a bare branch

They slept, some alone, some in pairs,
Notes composing a silent score.

So little going on besides our breath,

But something about them
Kept us there, leaning into each other,

Courting still. We had entered

The World of Darkness,
Seeking shelter from the midday sun,

When they appeared: at the end

Of a cool corridor, a tableau
Suspended in the glass separating

Our bodies from theirs.

From a single creature?), opening
Enough for us to see

Another bat inside, hidden

Till then, asleep upside-down
In the other. Another (and another)

Each one to be two:
One all along enfolded by the other,

Huddling to make their own weather.

Note to “Bats in Their Pavilion”

World of Darkness was the name of a pavilion of nocturnal creatures at The Bronx Zoo, a permanent exhibition that opened in 1969 and was closed in 2009 due to fiscal reasons. Animals housed in that space were transferred to various other zoos in the United States. 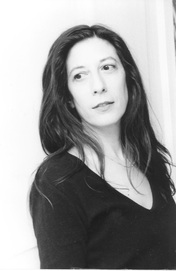 Phillis Levin is the author of four books of poetry, Temples and Fields (University of Georgia Press, 1988), The Afterimage (Copper Beech Press, 1995), Mercury (Penguin, 2001), and May Day (Penguin, 2008), and is the editor of The Penguin Book of the Sonnet (2001). Her honors include the Poetry Society of America’s Norma Farber First Book Award, a Fulbright Scholar Award to Slovenia, the Amy Lowell Poetry Travelling Scholarship, and fellowships from the Guggenheim Foundation and the National Endowment for the Arts. Her work has appeared in The New Yorker, Paris Review, Poetry, Agni, The Atlantic, The New Republic, Southwest Review, Literary Imagination, Kenyon Review, Poetry London, Plume, and The Best American Poetry. Her fifth collection, Mr. Memory & Other Poems, will be published by Penguin in April 2016. She teaches at Hofstra University and lives in New York City.
Photo Credit: Sheila McKinnon
The Paris-American
Copyright © 2022 The Paris-American
About • Contact • Submit • Archives • Support